In a Beginning, God is born.  Has It lived before? Did it emerge from a Black Hole in a parallel universe? This is unknown.

In this universe, God’s holy substance explodes into being, an ineffable fireball of pure energy, appearing from nothing, spinning, expanding. Its sphere of Existence grows to the size of a marble, a planet, a star. Ina a trillionth of a second after Its holy birth, the Deity is eightfold the size of our own Earth’s solar system — which will not exist for another 9 billion years.

I am, thinks God, whirling and growing round Its center-point. I am One, the Only, yet I am destined to become the Many.

But how can One become more? How can more become Many?

God spins, and imagines division. It fashions Its Self a body by bearing down to densify Its pure mind-energy into particles. It subdivides these into opposites of matter and antimatter. The idea works, but only for a moment; the two opposing particles duel, as God intends, but then they obliterate each other, reducing themselves down again to only pure energy.

God is still growing, yes, but Its monotonous condition does not please It. God then experiences Its first emotion — disappointment. Though less than a billionth of a second has passed since Its birth, time feels slow at the beginning, and baby God has failed to fulfill Its first desire — to create and embody the Many within Itself.

It remains One Alone, pure energy, dark and formless, with neither tension nor variance. It is unbearable.

Let there be imbalance! God roars in Its mind, creating the opposing particles anew.

This time, God makes one less speck of antimatter, for the imbalance.

It works. The opposing particles battle but remain intact through their asymmetry. Now a millionth of a second old, God smiles with satisfaction. Hot particles collide, break apart, and spray out in even smaller bits. To God’s delight, Its Smile creates a new form of matter — a superheated, viscous fluid, with particles vibrating so rapidly that there is no friction at all. God’s new, liquid body flows freely, sticking to nothing, still murky and dark, but wrought with enchanting turmoil, permeated with subatomic particles smashing into each other, creating more and more excitement.

In the next three minutes, God’s new Mind-Body, now suffused with both pure energy and stable matter, cools sufficiently for protons and neutrons to bond. A proto-element forms — a hydrogen atom. But the excited electron particles, which move too swiftly to bond with the proto-atoms, create a dense fog as they flit about God’s Body, blocking light from escape. Nevertheless, this glorious form, now an opus of movement, collisions, attachments, rejections and differentiation, is immensely pleasing to the infant Diety. It remains entertained with the dance of matter and energy, and its viscous displays, for the next 380,000 years.

By then, the Diety has expanded to the size of a galaxy. Its grown bored again with Its Self. Its body has cooled sufficiently to slow the manic electrons, and Its matter has spread across the extent of the universe-body in a pleasing, uneven density. This asymmetry, this lack of uniformity, creates tension. It is good. Very good.

Then, God has another delicious thought.

Let there be Light!

Protons grab the calming electrons, binding them into the first true atoms of hydrogen gas. With fewer electrons in the cosmic soup between atoms, God’s body thus becomes transparent, clear. Light hurtles out in all directions in glorious, blinding flashes. When God smiles again, deep cracks of matter appear in Its uneven spread of Creation.

Light is fun! The light show amuses God, for another 200 million years.

Of note, until now, the only sound that God perceives is the repetitive, sizzling, static hum of atomic collisions and spinning spheres.

By the time 500 million years have elapsed, God has learned the extent and powers of Its holy form. It flexes, contracting the muscle of the denser matter of Its Being, condensing the new gaseous elements into clouds. Meanwhile, It relaxes where the gaps of empty space appear, which expand their area between the clouds and clumps of gas and particulate matter.

God has discovered Its gravity, and how to use it to create the Many.

Like a weaver pulling on invisible filaments of silk, God tugs them taut, and the high-density regions, the swirling clouds of hydrogen and their fellow particulates, collapse along these invisible threads like beads on a cosmic web. The great filaments accrete great, glowing globs of condensing matter. Though this process consumes millions of years, time feels quicker now. The hydrogen gas, which has clumped together and heated up, begins to fuse, releasing energy. Along the filaments, galactic and super galactic disks and clusters form, while the space grows to vast voids between them. The galactic gas clouds begin to burn, and suddenly God witnesses the birth of Its very first star. Like God before it, the star explodes into life, creating byproducts of new elements of matter in its holy, spinning crucible. Atoms of helium, carbon, magnesium, neon, calcium, silicon and iron are born.

Oh, Glory! Witness the holy, burning body of light! A factory of Life, like Me, another, smaller body, fit to inhabit!

And now, for the first time since Its birth, God sees the way to realize Its desire, a way for the One to become the Many. Throughout the universe of God’s ever-expanding universe-body, hydrogen clouds ignite, and fireworks of stars explode into chain reactions of light, and of sound.

Oh, holy sound. And so God places Its holy Awareness inside each one of a trillion stars.

The One has become the Many.

It is a relatively-short while later when God, Its Awareness inhabiting the distended sphere of a massive star (simultaneously with seventy billion-trillion other stars in Its body,) experiences death.

At first, there’s a feeling, like heartburn. Then, in the flash of a timeless instant, in a great Surprise: God’s Red Giant star-body collapses in on itself, creating a black hole. Simultaneously, the heat of Its implosion creates the denser elements of the universe which had not yet existed; chromium, zinc, gold, platinum and more — the very elements, God sees, that are necessary for organic life.

Organic Life! A miraculous thing of which God had not, heretofore, conceived, and which It had yet to experience. God had known tremendous happiness at the birth of Its first star, but Its first experience of death, and Its subsequent realizations, brought God an ecstasy that lingers to this very day. Death is life, God saw. And life is good.

Dead and yet alive as Awareness, embodied in the nearly-infinite display of celestial forms, God laughed then, laughed mightily at this transient moment of cessation which carried within it the seeds of life’s birth. The shockwave of the star’s collapse, coupled with God’s subsequent ecstasy, sent a nebula of new elements exploding outwards with the energy of billions of stars.

A short while later, nine billion years after the Genesis of the Deity, a mass of dust and gas begins to accrete in a corner of the Milky Way Galaxy. It is replete with rich debris left over from a nearby Supernova. When a critical mass forms, it the cloud begins to burn brightly, and our own star, Sol, is born. The leftovers form a disk of swirling matter around our infant star. The gas and dust collide, pulled together by God’s intent, in the form of gravity. Planets manifest, and our Solar System comes into life. 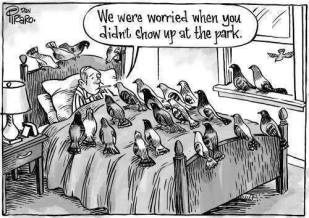 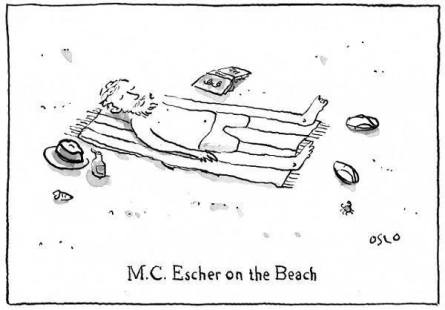 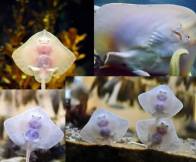 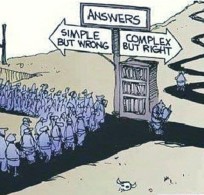 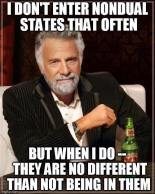 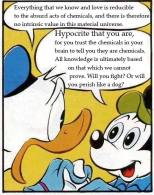