Hello, and welcome back. It’s been a long time since I posted — I believe, the last post was about the Chixclub Crater in the Yucatan, Mexico, after I returned from the area in September. It was just really, really impressive to learn about the idea that 166 Million Years Ago, there was some kind of collision in the Asteroid Belt between Mars and Jupiter that created a new family group of asteroids, called Baptistina 298. Then, 65 million years ago, something (Jupiter?) ejected this asteroid from its family and belt, causing it to strike the Yucatan in Mexico, wiping out the dinosaurs, and enabling the rise of mammals and primates.

Lucky for us, huh? And so many pretty cenotes.

A lot has happened since then. And not just on Earth, but since I went to Mexico in September. The biggest personal thing is that the book I’ve been working on for 4 years, a novel called ‘Paname‘ set in Paris and focused on Islam, has been deemed (by me, after enough hard work and lots of consideration) dead in the water. So four years of work have been set aside. I tried not to lose it. The advice is to bite off something smaller to chew. The problem is, my interest is not smaller. It’s bigger.

So I’m again going against the advice of successful experts and am turning instead to my bigger lifelong interest: Cosmology. Where do we come from? Where does life and sentience come from, and how did they develop?

So, I have an epic story that is at least a trilogy that has been in progress for over 10 years. In that time, many scientific advances have been made that actually advance the overarching plot of the epic.

Apparently, in our country, cross-disciplinary ‘experts’ don’t collaborate. You don’t get physicists and cosmologists and biologists and chemists and archeologists and historians and leaders of each religion, etc., work-grouping to solve problems. It’s very frustrating for someone who really wants to know the whole truth, and who can feel it when any of the ‘experts’ are ‘off.’

I’m not the first person to attempt to gain this understanding, though I may be the first person to try to write a series of novels based on my understanding of something of this scope and scale. Novelist, Jean M. Auel was more focused, choosing a short, prehistoric timeline to hypothesize. She earned acclaim for her (fantastic, awesome, amazing) Clan of the Cave Bear series, known for its accuracy to the sciences of prehistory that were known at the time of its writing.  It was a series that took place during the time on Earth when Cro-Magnon Man and Neanderthal co-existed. Much speculation has been made about the apparent disappearance of Neanderthals about forty-thousand years ago.

There is a Canadian freelance historian, and now I cannot find his blog, (TBA,) who created a human history timeline, 4.54 Ga to Present, which is more cosmological in nature than the one that you can find on Wikipedia, for example. He actually looks up papers on new discoveries to modify theories and does not discredit scientists who buck the institution, creating alternate possibilities for timelines of how we got ‘here.’ His blog has some very interesting information, listing of patterns, and connections between events that are not normally made by the scientists updating Wikipedia because — they don’t talk to each other.

There are a number of scientists — physicians, archaeologists, anthropologists, chemists and mathematicians — who’ve been shunned for bucking accepted science when presenting new evidence which would negate old understandings and update them with new frameworks. I love these scientists, and watch and read them all. Science, like Religion, has inadvertently become that mean bouncer outside the Truth Club. He only lets-in and raises-up the ones who won’t dare to undermine what Science and Religion think that they already know. Because that would endanger their power. Which means that for them, while Truth is the goal in lip service, holding onto Power is the goal, in reality. Truth is something which, shhhhhhhh, they don’t actually understand yet.

“Blind belief in authority is the greatest enemy of truth.”

Fortunately, we have the Institute of Noetic Sciences, and SAND, working to bridge these gaps. Some of the associated scientists there, like Julia Mossbridge and Dean Radin, have been able to work with ‘woo-woo’ while keeping the scientific gatekeeper-wolves at bay, maintaining their reputations and credibility. Part of the reason behind this is because they are geniuses on a scale that cannot be denied. Julia is creating ‘Loving AI’ while Dean is — well, you just have to YouTube him and you’ll get it. He does magic.

I will be naming the scientists who contribute to my research at some point. I have memory issues so please forgive me because what I do remember that isn’t documented on the spot is pretty random.

Other inspirations for my current epic: There’s a book which ignited my imagination as an adult almost as much as A Wrinkle In Time did when I was a child: The Gods of Eden by William Bramely. A book that was written in search of  ‘why do we go to war?’ and whose conclusions are truly extraordinary, touching on human origins in new ways. Which leads me to Carl Sagan, the Grandaddy of Cosmology. Or was it Einstein? Speaking of Cosmology, we also have the LHC (Large Hadron Collider) in Switzerland, making little black holes as physicists play with dark matter and accidentally break laws of Physics in order to better understand nature. Yup, every time you break a physics law, you get a tiny black hole. Oops. (Why doesn’t this scare people?) And, we all know that AI is probably already taking over and will become sentient, inevitably. Most rational people do have a twinge of anxiety about that.

But most importantly of all, and Stephen Hawking said so, is, well, bollides. Asteroids. Meteors. Comets. I’ve been doing a lot of reading and youtubing in Astronomy, and these things really make me believe that maybe we shouldn’t worry so much about anything because there will be Absolutely.Nothing.We.Can.Do.About.An.Inevitable.Overdue. Asteroid.

Now, I know that sounds depressing, but it is actually really, really inspiring. When you look at life and history and objects the way I have been doing in my research, it is such a miracle that anything even really exists at all. The ordinary is truly God right in front of our faces. It’s a really good story. And there can probably be many true paths through it, to tell it. But anyway. Full circle from my last post, Impact Events.

I’ve stopped working on Paname and am now reworking Mystery School, a novel set in ancient Egypt, a story about a female scribe chosen to attend the Mystery School for Initiates, also during a time of transition in prehistory. I’m using as much actual research as possible, especially forbidden research, while incorporating the spiritual side lost to formal sciences that has reached me personally through the teachers and lessons I’ve had. I tell the story from both a (my) theoretical historical standpoint and as an attempt to purify or correct whatever dilution and corruption of the messages through time, medium of communication, and culture, because, well, there’s gonna be a Mystery School involved. But if you’ve ever read that fascinating but dense book Initiation, by Elizabeth Haich, my story is (hopefully) a cross between that, and Harry Potter. The Egypt novel is at the core of the Great Mysteries that interest me. But it has to be consistent with what we know about time, space, our Solar System, and everything else going on before it. And, after. Makes my head hurt a little.

There is an overstory.

The Egypt story will refer to Zep Tepi, the name of another novel in the series. Hey, I’ve been inside the Unas Pyramid which refers to Zep Tepi! (Hi, Mirka!) Sadly, Anthony West, a giant in forbidden Egyptology, has recently died. He had been working on a documentary called Zep Tepi that will probably never be finished, so I hope that my version has resonance to that which might-have-been. My story will emphasize the principle of sound as a carrier of intention, and a race of beings possibly known as Elohim, normally Watchers in charge of Milky Way Maintenance, who intervene in Earth affairs in 70K BC, when the Sumatran Toba Supervolcanic catastrophe bottlenecks humanity down to 10K individuals. The Elohim (or an assigned other species/race) alters the human gene for speech, which changes everything. There will be a competition between language, music, and geometry for the clearest carrier of information to the stressed, reduced branches of the Homo tree — Neanderthals, Denisovans, Cro-Magnon, Florensis, etc. The birth of Egyptian civilization will be shown from the Elohim point of view.

And this story will bring us to the third novel set in the present, The Secrets of Eden, which about a secret system set up by the Elohim from the very beginning to prevent and correct the effects of entropy and misuse of power that have resulted in humanity’s slavery and assured self-extinction, and to ensure that life’s accumulated knowledge, like a living Wikipedia, remain intact before the Final Impact to Earth as far as life is concerned. That’s the idea but there’s still a lot of malleability there. You could say the series is still molten.

You like? I hope so. Now, can I do it? That’s a whole ‘nother enchilada. Pray for me, because as far as I can tell, I have no where near the narrative skill to express my philosophy through suspense. But that’s the idea for the novel, because, in the words of Physicist Sean Carroll, books are the last resort of scoundrels. Cause I sure ain’t gonna get no stamp of approval from any academic or religious authority for my work.

Authorities and me, I dunno. I try to be good. I really am very compliant, to my utter limit. But some people get angry with my observations, and are always trying to ‘learn me sumptin,’ like Ishwara once observed, while we walked through the rainforest volcanos of the Big Island of Hawaii. What interesting karma. I’m glad I’m not the only one living in a Chinese curse. In Duality, that is.

Incidentally, the youngest landform on Earth, volcanic Loihi, still submerged, has been building up East of the Big Island.

Next, I might be posting a Theoretical Timeline of Actual and Hypothesized Events from the birth of Sol, our Sun, 4.54 Billion Years ago, to the birth of Earth, and the Moon, and the Oceans, and Oxygen, etc. This will be the timeline I’ll use for my overstory plotting. I’ve already written at least half of Mystery School.

Hang in there, love, inspiration and calm to all.

WE DID IT – American Refugees 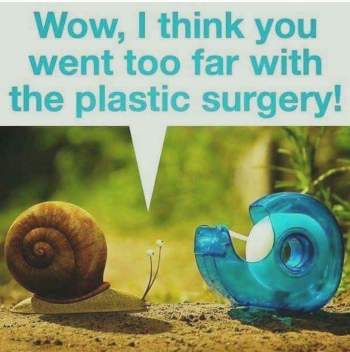 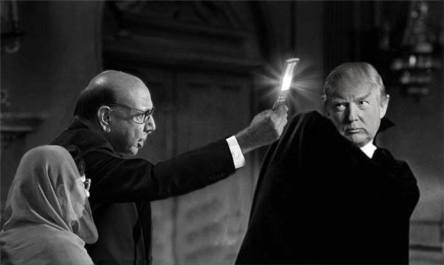 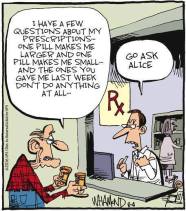 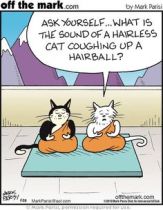 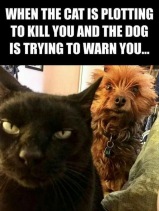 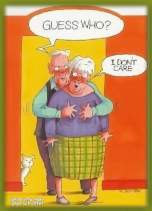 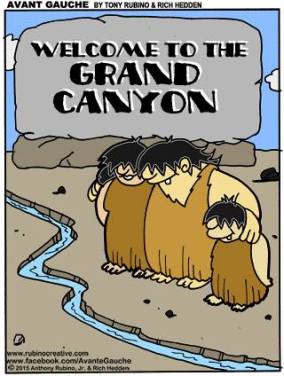 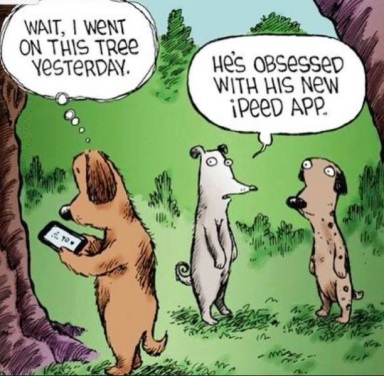 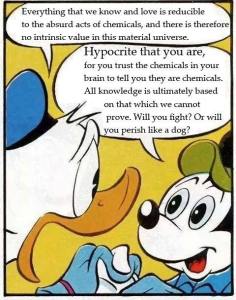 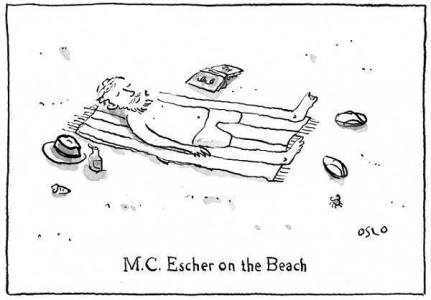 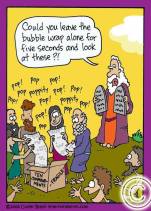 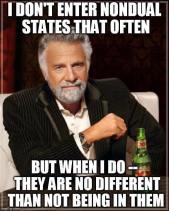 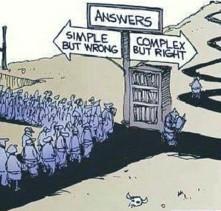 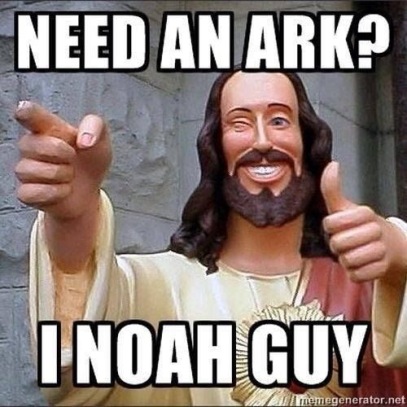 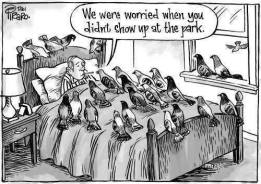 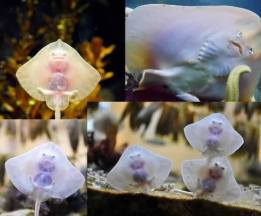