Some forms of Buddhism center on monastic practice, or other aspects of the Buddha’s teachings, but Zen centers on meditation and mindfulness. It is a word that comes to us from the word Dhyana, which is Sanskrit for meditation. When Bodhidharma* brought Buddhist meditation from India to China around 527 AD, the word dhyana  was translated by the local Chinese to ch’an. From China, Buddhist meditation spread to Korea and Japan, where ch’an was pronounced by the locals as son and zen, respectively. Blame the habits of the human tongue and palate, then, for the exotics, because the word zen simply means meditation.

However, there are implications to the word. Consider the Buddha himself, with his exquisite Flower Sermon, understood only by his disciple Mahākāśyapa.  Ananda was the Buddha’s cousin and principle attendant, and stood out for his retentive memory. Ananda wrote down all the teachings he heard,  passing on the Sūtra Piṭaka (The sayings and discourses of the Buddha, plus poetry) part of the Pali Canon, the earliest written form of the Buddha’s Teachings. But Ananda, who was known for being well-liked, was not the most realized of the Buddha’s disciples.

It is  Mahākāśyapa, the one who understood the wordless teaching of the Flower Sermon,  that inherited the dhyana meditation lineage. When we read the lineage chant at evening service, we are, ideally, reading a list of unbroken telepathically transmitted enlightenment.

When a person consciously holding the Buddha’s transmission is leading a retreat, offering a Mondo session,  conducting an interview, or walking down the street and greeting people, (s)he transmits more than just words or instruction. There is both exoteric transmission, and esoteric transmission underway. It is a face-to-face transmission, best understood by the idea of one candle lighting another.

In this way, meditation, and various understandings and other transmissions of dharma (which basically refers to fundamental mechanics of nature and the universe, often briefly defined as ‘truth’) are passed on from teacher to student, down the line of time. From Bodhidharma’s Chinese lineage, it was Nampo Shomyo Zenji (Chanshi, Zenji, see the pattern?) who brought the Buddha’s transmission to Japan. And from Japan, it is Junpo Kelly Roshi, my Zen Master, that has transformed this living tradition into a more palatable vehicle, leaving out the racism, misogyny, rigidity and any non-inclusive and unnecessary traits, and refocusing the order on meditation: the Buddha’s dhyana, or zen.

So that’s zen – basically a huge, psychic game of telephone from around 500 B.C. Pretty cool, huh?

*Bodhidharma is known to my order as Pu Ti Ta Mo Chanshi, the 29th Zen Master in our Hollow Bones Rinzai Zen Lineage.

An Asteroid, An Extinction, A Cenote 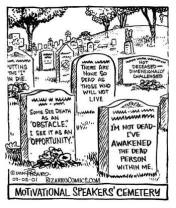